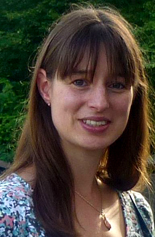 Sara Schramm studied medicine from 1997 to 2003 at the RWTH Aachen University and Ludwig-Maximilians-University Munich, Germany. From 2004 to 2010 she worked as resident physician for orthopedics and traumatology at the Ludwig-Maximilians-University in Munich and Alfried Krupp Hospital in Essen, Germany. Since 2011 she is researcher at the Institute for Medical Informatics, Biometry and Epidemiology. of the University Hospital Essen.

Faculty of Health and Medical Sciences
University of Copenhagen
Blegdamsvej 3B, 2200 København N