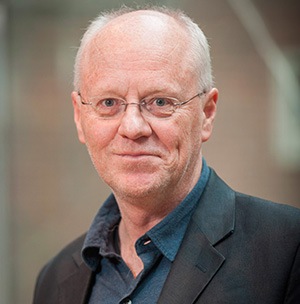 Peter J. Goadsby obtained his basic medical degree and training at the University of New South Wales, Australia. Neurology training was done with Prof James W. Lance and clinical neurophysiology with Prof David Burke in Sydney. After post‐doctoral work in New York with Don Reis at Cornell, with Jacques Seylaz at Paris Diderot University, and post‐graduate neurology training at Queen Square, London with Professors C David Marsden, Andrew Lees, Anita Harding and W Ian McDonald, he returned to the University of New South Wales, and the Prince of Wales Hospital, Sydney as a consultant neurologist and was promoted to Associate Professor of Neurology. He was appointed a Wellcome Senior Research Fellow at the Institute of Neurology, University College London in 1995. He was Professor of Clinical Neurology and Honorary Consultant Neurologist at the National Hospital for Neurology and Neurosurgery, Queen Square, London until 2007. He has been Professor of Neurology, Department of Neurology, University of California, San Francisco since 2007. He has been an Honorary Consultant Neurologist at the Hospital for Sick Children, Great Ormond St, London since 1998. In 2013 he was appointed Director, NIHR/Wellcome Trust King’s Clinical Research Facility, King’s College Hospital, Professor of Neurology at King’s College London and Honorary Consultant Neurologist, King’s College Hospital. His major research interests are in the basic mechanisms of primary headache disorders, such as migraine and cluster headache, in both experimental and clinical settings, and translating these insights into their better management.

Faculty of Health and Medical Sciences
University of Copenhagen
Blegdamsvej 3B, 2200 København N